← back to
Freshly Squeezed Music
Get fresh music recommendations delivered to your inbox every Friday. 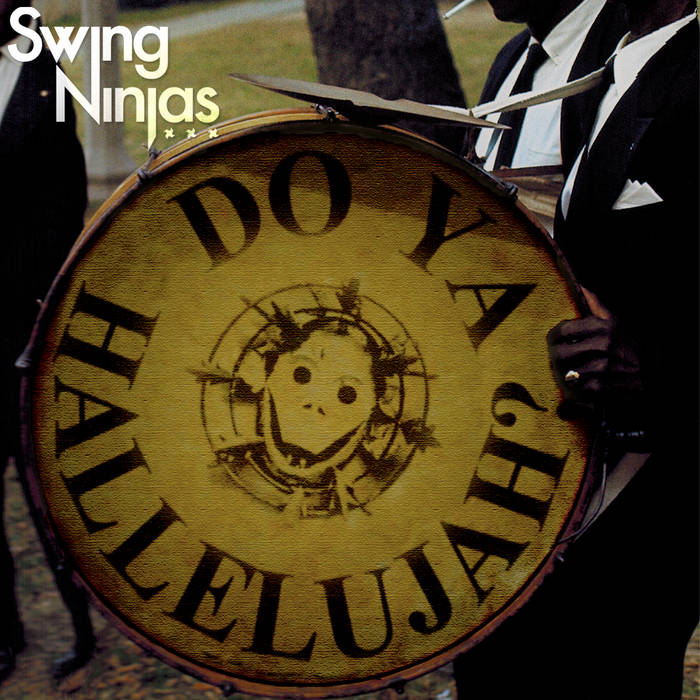 This album is their first of original material and features a 7-piece line-up of superb jazz talent plus assorted guests and backing singers. From such inauspicious beginnings,DO YA HALLELUJAH? comes as a revelation. A mongrel cross between Squirrel Nut Zippers, True Detective, Pokey LaFarge and Graham Green.It’s a blackly humorous and distinctly wry British gumbo of songs about life, lust & penitence. We love its quirky world-view.

The superb song writing and musicianship speak for themselves, but like a Louisiana funeral procession marching past the daytime juke-joint, DO YA HALLELUJAH? is an open door to a subterranean jazz cellar; a clarion call to the alley in Brighton’s labyrinthine Lanes. A place that lives in the imagination of the world. It’s early Dr John, loose living, late night bars, ‘resting’ thespians, a slipper-clad octogenarian land-lady, dusty parlour palms, clock menders and card sharps. This is the SWING NINJAS.

"The Swing Ninjas are that rare thing: a revivalist band that actually has contemporary relevance." Jason Draper - Record Collector Magazine

"...the serpentine clarinet lines in 'Animal Soul' add great texture to the work and the solo trade-offs on 'Sausage Tree' are worthy of an original Dixieland ensemble"
Alex De Lacey, Songlines Magazine

Bandcamp Daily  your guide to the world of Bandcamp